We have been told that it’s not uncommon for babies to wake up very early during summer; insanely early, in fact. Sunrise around here is at about 4.30am these days, and being able to see it means that you had time to get up, get dressed, get the baby dressed, and then go out.

Well, since I am up early in any case, I thought I might as well get something out of it; we might as well go for a walk and explore the area: we have only moved here recently anyway… In the past weeks we have been on many walks and hikes all over the coast, within a short drive. And since we are already out, I have started bringing a camera with me as a matter of course.

Now, I always have a baby strapped to my chest, so a big camera with multiple lenses is out of the question; after all I am just trying to keep the little one calm (and perhaps make him sleep a little more). For these reasons, my default choice is my Fujifilm X100T.

It’s small, it’s light, it’s battered, and it’s scratched. Severely so. I have had it for years, and I have not been kind to it, but despite everything I have thrown at it, it just refused to break down.

I admit 35mm – in 35mm equivalent – is not my favourite focal length (I usually prefer either 28mm or 50mm), but when I am out and I don’t want to think about what gear I want or might need, then 35mm is fine. Also, the fact that I am picking a camera in a half asleep state at 4am helps me in making a decision: the x100T is the camera I keep by the door. That’s a huge component of why I pick it…

We are lucky to live in an area that has a lot to offer in terms of natural beauty, and so close to the sea and multiple parks! The sea is only a couple of kilometres away, so we can just go there and have a long walk on the beach, or on the cliff path to Portrane. Everything is so calm in the morning, and quiet.

There is something oddly satisfying and soothing in watching the sun rise over the horizon, waves crashing on the beach the only sound in your ear.

In many ways I am glad that the little one started waking up so early: I don’t think I would have ever pushed myself to wake up and go out so early. I would have missed all of this.

*I am trying to convince myself.

“Go to the lighthouse for sunrise!”, they said; “It’ll be grand! You’ll get great pictures!”, they said. “Great idea…”, I thought… 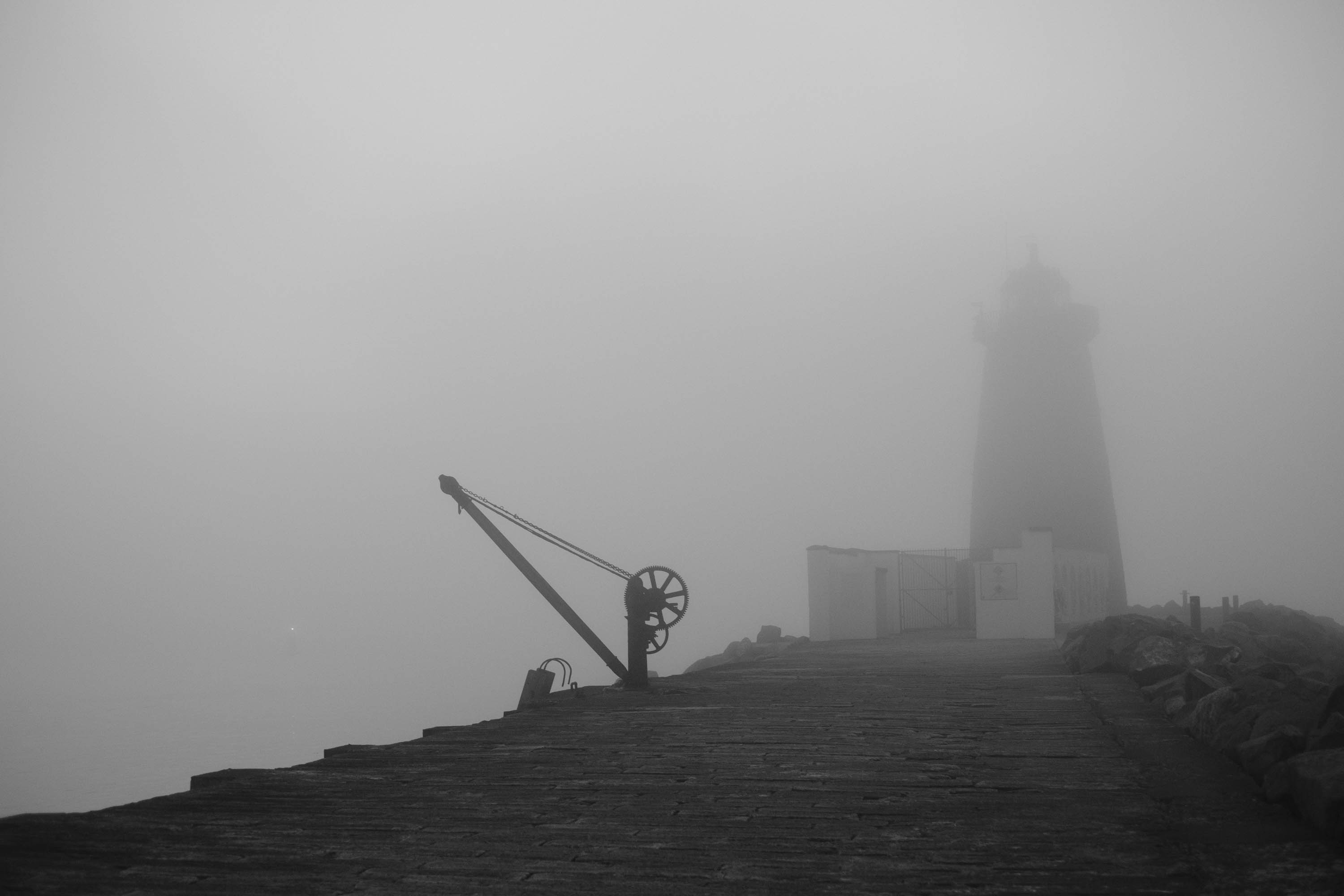 That was how it began.

Once we convinced ourselves that it was a great idea, we got our stuff ready: what do you need to photograph dawn? Most people would be fine with a camera and a lens, but me? No sir, let’s do it big. I should get at least four lenses, and possibly a spare camera, you never know… (don’t judge me, that place is jinxed: while there I have been in a storm once and swallowed by the sea a few months later).

Imagine leaving your home in the middle of the night, carrying a horribly heavy backpack, filled with things that you ABSOLUTELY need to have on you (not really though); imagine struggling to get a taxi while in a crowd of half crazed/half drunk teenagers (it was a Sunday before a bank holiday, and there had been a concert of some kind in the city); imagine getting at your target location after spending a good fifteen minutes trying to convince your cabby to drive you through isolated and dark roads; imagine then looking at the clear sky and at your hopes to get a great pic of the sun rising from the sea…

Now, imagine walking towards your target, and – as you’re walking – realizing that all around you a very thick mist is appearing as if out of nowhere [*sound of hopes being crushed*]. I was kinda like being on a set of a pirate movie…. Water all around, all sounds muffled by the mist, the smell of seaweeds and fish, the sea so eerily calm… it was almost like we were about to be hit by some kind of curse (‘The Curse of the Black Pearl’ came to mind).

No such thing happened (phew).

So we spent a couple of hours half complaining, half making fun of the situation. We also spent some time taking pictures as the day grew brighter:

And the, all of a sudden, out of the mist… a single cyclist (a pretty unexpected event, am I right?).

We weren’t the only hopeless photographers lost in the mist! Yay…

And that’s when the day turned, when the disappointed photographers started to make their way back to land. That’s when the sun started showing over the horizon (I assume, we couldn’t really see it, but the day grew brighter).

The mist started to fade, we were suddenly able to actually see the sea (did I mention how we couldn’t even do that?).

And that’s also when we saw the sun. We had clearly missed sunrise, as the disc was WELL above the horizon.

And thus my SECOND attempt to shoot sunrise at Poolbeg lighthouse failed. It’s time to start planning for the next. And, you know, third time’s a charm…

A group of photographers, a wonderful location, and good weather (for Ireland)… This is indeed a good mix 🙂

We spent the nights in the village of Doolin, which we used as base to visit the area around the Cliffs of Moher and the Burren. 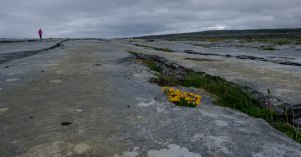 Day 1: The Burren and the Cliffs of Moher.

After the 7 Km wal from the Cliffs back to Doolin we spent some interesting and lovely time in the local pubs, delighted by the a great local band. 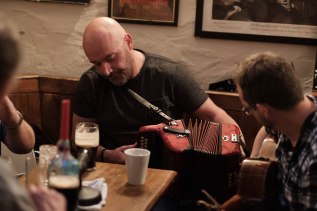 The weekend didn’t last long though: the end came way too early 😦

We even got to Father Ted’s house, even though we only manage to meet Father Jack 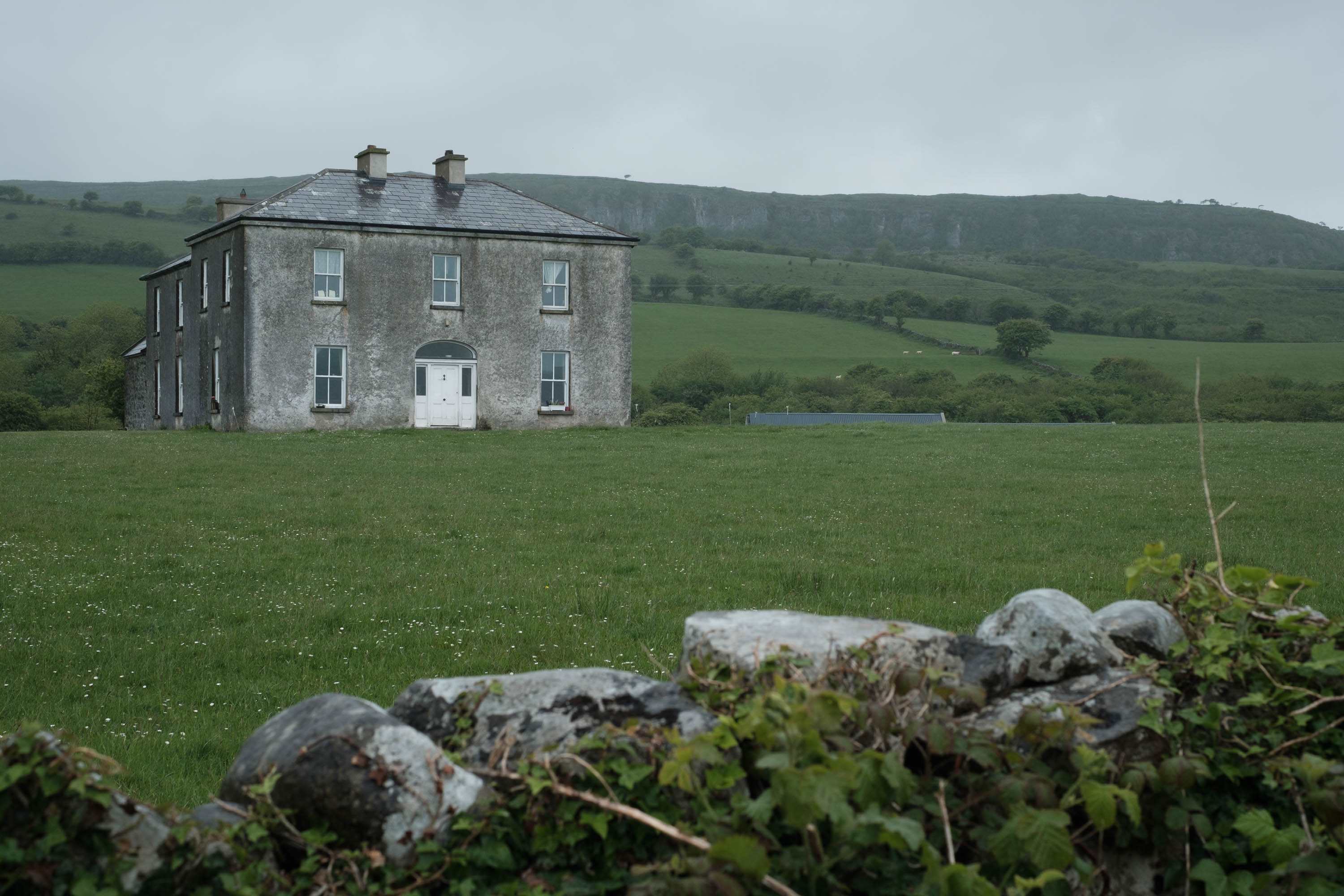